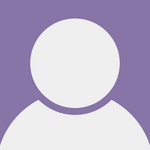 On Tuesday 21st January at least 22 Shia pilgrims including women and children were massacred after a bomb struck a bus in Mastung district in southwest Pakistan.

The pilgrims were returning from ziyarate in Iran when explosives were detonated, causing one of a convoy of buses to catch fire. The deadly bomb attack took place at Dringhar village on the Pakistan-Iran highway, some 60 kilometers west of Quetta.

In a similar attack on January 1st, several people were killed